What is Banh Mi : Section 1 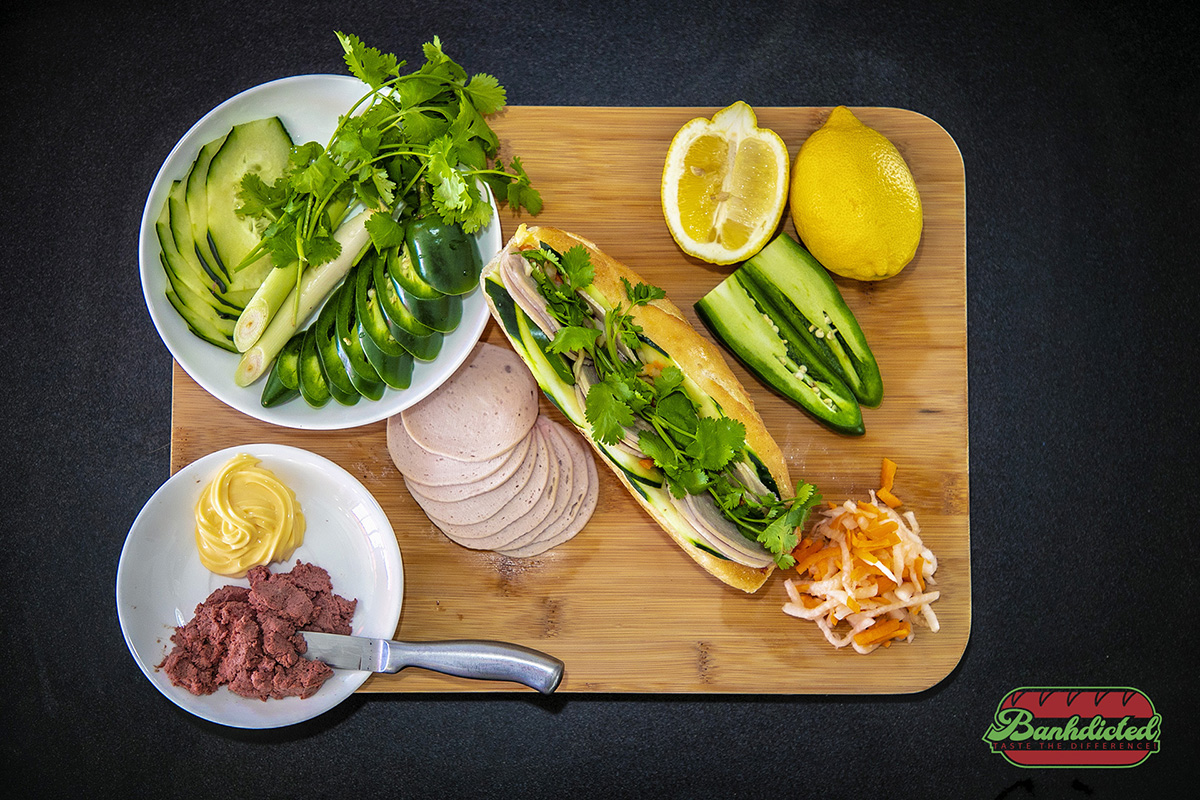 What is Banh Mi : Section 1

If you’ve ever visited Vietnam, you have definitely tasted this snack sandwich from either street side vendors or in local bistros. Banh Mi is considered to be a staple dish in Vietnam, but the sandwich itself has been devoured in countries in the western hemisphere as well. The popularity of this dish was mainly propagated through the inflow of Vietnamese refugees in the US after the Vietnam War. Ever since, the dish has been the source of culinary wonder globally and has attained significant attention in the US.

Nearly every city living inside the borders of North America has their own Banh Mi-dedicated Vietnamese restaurant. From New York to Washington DC and Toronto, Banh Mi has been steadily adapted into the Western culture from its original Asian roots.

However, the most popular place to eat Banh Mi is through small food trucks hanging around the corners of busy streets. With bright paint and colourful van designs, cheery staff and enthusiastic sellers and streets packed with people, the warm and juicy Banh Mi is devoured with great passion and longing by scores of people. While we understand the popularity behind this comfort food, the question still lingers – what is Banh Mi exactly and where did it come from?

What is Banh Mi?

In Vietnam, Banh Mi translates directly to ‘bread’. This also indicates what the key ingredient is in the entire dish – the French baguette type bread which is split into the middle to be stuffed up with a mix of meat and vegetable fillings. Typically, Banh Mi contains a combination of local flavours and cuisine. It is made with ingredients which are locally sourced, such as the cha lua which is Vietnamese for pork sausage, coriander leaves, cucumbers, pickled carrots and more.

There’s also a mix of French elements with the dish, where other than the baguette, condiments such as pâté (a paste made of different meat types), mayonnaise and chili is used. In Vietnam, the Banh Mi is consumed more as a breakfast or snack item. Due to the ease of its recipe and how quickly one can make it, Banh Mi is regarded as a ‘fast food’. People tend to have it while on their way to work or school, instead of properly sitting down and savouring its mix of flavours.

Where is Banh Mi From?

The Banh Mi may seem like an ordinary breakfast sandwich, which it is, but within the dish there’s an underlying story of colonial history and struggle. Banh Mi was conceived during the times when Vietnam suffered French colonial powers against them.

Just before the 17th century began, French missionaries travelled to Vietnam in order to spread word about Christianity and attempt to convert the Vietnamese people to Catholicism. However, this was taken in an ill manner by the Vietnamese who felt controlled and manipulated by foreigners, thus causing a push back on their foreign beliefs. This negative response was acknowledged by French authorities, who had developed a need to protect their countrymen.

In 1857, the situation worsened as the Vietnamese emperor ordered to execute two Spanish missionaries. Ties began to heat up and when the French found themselves nearing Vietnam in a battle against China, an opportunity was discovered to punish the Vietnamese for their previous actions.

The French began attacking different parts of Vietnam to intimidate the Vietnamese Emperor into allowing Catholicism to exist in the country. However, the Emperor stood his ground and did not give in to the demands of the French soldiers.

When the battle against China had ended, the French brought naval battalions to take over the region of Saigon. This was followed by the French colonising the districts they had to introduce trading ports between Europe and China. During their stay in Vietnam, the French would have crops and livestock imported from France to Vietnam so as to satisfy their European taste-buds. Now, the history behind the 1860 war might seem somewhat unrelated to invention of Banh Mi, but it is actually how the dish was first introduced in Vietnam. In those days, wheat was considered a luxurious good to Vietnamese people, solely because agricultural fields in the country refused to produce wheat at all. With the lack of supply, locals had to use rice flour to make their breads but the French imported the wheat they could get from their native lands.

Since it was also expensive to eat for the locals, the French had a taunting advantage in showing off their European superiority. To them, wheat became a warhead to manifest insecurities within the Vietnamese people and show them who was really in control over their lives.

Gradually, locals began to infuse other ingredients in their bread. Products such as cheap cheddar cheese and a few condiments inspired by the French method of eating sandwiches, were added in. After the World War One, French soldiers began departing from Vietnam to join other war efforts. During this time, the gold that the French kept lobbied in different places began spreading through markets, rendering nearly everyone in Vietnam with greater purchasing power. They were now able to afford food items which were formerly considered too luxurious and superior for them to have. Eventually, Vietnamese people devised their own technique of eating sandwiches. Back during the French domination, their sandwiches were largely derivative of the sandwiches eaten by Frenchmen. Here, the idea of the banh mi transpired as locals started experimenting and infusing different local spices, herbs and other ingredients to make their own sandwich that was affordable to everyone. In 1954, a couple, Mr and Mrs. Lee, opened up their sandwich shop and apparently was the first ones to discover the Banh Mi that we know in its present form. After 1975, many Vietnamese chose to flee for their lives in different western countries and with them, they took the secret of their local cuisine. These overseas Vietnamese communities soon established their restaurants to serve Vietnam-inspired dishes by adapting their traditional recipes with the ingredients they had at hand.

While Banh Mi has come a long way to be developed into a more western dish, it still maintains the key elements that was originally used in its recipe. It’s currently favourited as a quick little Vietnamese snack by most Americans, but little do we know how the Banh Mi was conceived amidst a time of horrible racism, bigotry and European colonial domination.
share this article: